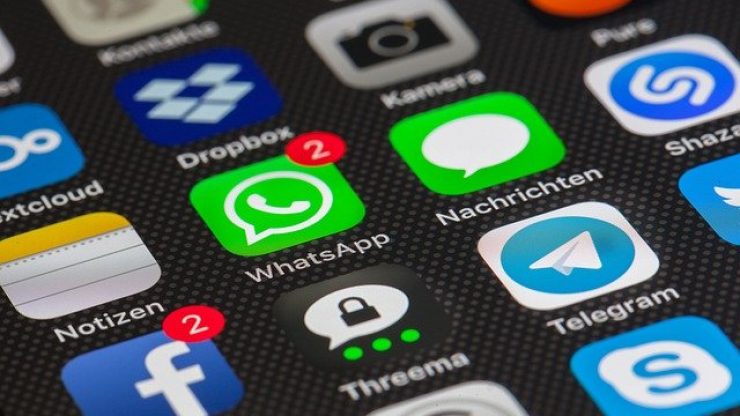 “78% enterprise apps are abandoned after their first use”

According to the latest Gartner survey, enterprises are frustrated with developing enterprise mobile apps and are instead refocusing on responsive websites to address their mobile needs.

Even among the existing enterprise apps, more than 80% will most likely fail because of lack of data, problem insights, end-user involvement, or failure to innovate and grow their mobile apps to meet customer’s needs. With the odds of success being high, enterprises must take the right steps to build mobile apps for businesses the right way.

Building and deploying enterprise mobile apps is no easy task and is seen more as a high-risk, high-reward situation by most companies. If done well, enterprise mobile apps help business operations run more efficiently throughout the organizations and drive ROI. However, organizations focus on the wrong approach to enterprise apps. More often, the lack of clear understanding of what the app needs to do and who the users are, the processes that the app will support, the technology/ platform for execution, and its management are often the major reasons why enterprise mobile applications fail. So, what is the right way to building enterprise apps? Although the right approach depends on the situation and strategy, here are some general guidelines to build mobile apps for business the right way.

Often the demand for enterprise apps and their scope is simply based on a few people’s opinions and skewed knowledge. In spite of investing a huge amount of time and money to create a business app, enterprise mobile app development teams work in a vacuum and on assumptions without even asking what their customers (internal or external) want or need. This in many cases can lead to the project being scrapped or a failed enterprise app.

Enterprise apps are mission-critical and meant to fulfill a specific highly focused task. Therefore, to be successful, companies need to start by defining the problem to be solved by working with the end-users and other stakeholders. You must be clear

whether the app will cater to employees, customers, vendors, or all of them?

Will the mobile utilize the latest technology or replace existing technology?

More insights and data points generally mean a greater chance of success. Once you’ve prepared a list of business processes and a roadmap is established around those processes, it’s time to shift the focus to understanding the end-user.

60% of workers use apps for work activities yet more often enterprise apps are developed in isolation without talking to people who will use them. Therefore, it’s not surprising that among the varied reasons for the failure of enterprise apps, the single biggest pitfall is failing to cater to the user. The features and functions of an enterprise app don’t mean much, and it won’t succeed unless users start using it.

Foremost, companies must avoid the assumption that they know what is needed.

Successful enterprise mobile apps focus on solving one or maybe two problems for the end-user and business. Enterprises should therefore always include feedback from end-users right from the first prototype itself and continuously collect feedback to improvise the app right until the final release launch to be successful.

Employees/ Vendors/ Channel Partner facing apps: Create focus groups for each of them to determine the business issues they face and how enterprise apps can solve them.

Customer-facing apps: A great way is to use surveys and focus groups of current and prospective customers to understand what services/ products they would want to access through mobile apps, as also the app functionality they would love to have within the app.

A thorough understanding of their pain points, problems at hand, and thus a clear vision of the app’s goals. Moreover, active collaboration and participation of users can further drive interactive UX during the development cycle to ensure a sustainable engaging, and ongoing experience.

A Forrester estimates that 64% of employees rarely use enterprise apps owing to poor design and user experience. This doesn’t come as surprise considering that many app developers, already having to deal with many pressing issues, do not give user experience the importance it deserves.

Further, business users, designers, and developers do not see eye-to-eye when it comes to user experience and UI design often becomes a source of frustration, and eventually UI fails to address one or more functional requirements. It is typical for companies to want to build a swiss army knife of features when all they need is a single-purpose enterprise app.

Keeping things simple is the key! Enterprise apps should be easy with clean interfaces for usability. App developers must aim to build an app that serves a clear purpose and meets your business goals, rather than trying to bombard the app with multiple features. An app has to be user-friendly and intuitive so that anyone can figure it out easily and this can only happen when enterprise app developers put themselves in their end-users shoes in order to avoid the worst pitfalls of enterprise apps.

Apart from poor UX, obsolete technology and lack of robust backend integration with backend resources and public APIs in view expanding technology are often is among the major reasons for enterprise app failures. Many enterprises continue to use legacy systems not compatible with mobile services and thus unable to meet user expectations for more additions and changes with the arrival of new technologies. Enterprise apps are also likely to fail and only add to a company’s pile of ‘waste of money’ projects if you have an inefficient API strategy or your BYOD and MDM policies are not implemented and managed efficiently managed

Robust and secure back-end integration capabilities, right API strategy ensure sustainability and relevancy of the app. Given the challenges of device fragmentation, you must make efforts to optimize enterprise mobile apps across a variety of platforms. One solution is choosing the platform and technology stack for your business app with an understanding of why your enterprise needs mobile apps for which business processes, the users’ needs, and wants.

It may also depend on the choice of your core audience. While at one time BlackBerry was the standard for enterprise apps until Android and Apple’s iOS dominated the scene. Both of which have their own unique software and interface features. Further beyond the OS and types of devices, there is also an industry or market preference for certain devices that tend to be a more popular choice. Thus, for instance in the entertainment industry and retail industry, Apple devices like iPad, iPad Pro are preferred while many major retail and industries prefer popular Samsung or Nexus devices for Android OS.

An often overlooked aspect of the successful mobile app is enterprise app analytics and management. While app analytics refers to how often the app is used and how the app is performing and being leveraged by people and helps to give valuable insights about the app. This information will help you to understand how your app is performing and what your users are saying so you can consistently improve your app and its overall performance.

An app isn’t successful unless it drives engagement. App developers must, therefore, build analytics into the app to help the company understand the mobile app user experience. By regularly testing the app to improve performance and using the analytics tool to measure adoption and engagement helps companies identify problems and usability issues. Key metrics to track mobile app analytics include App Users, Crash Reporting, Session Lengths, Performance Analytics, Monetization Metrics. By continuously monitoring, analyzing, and managing your business app to adapt to the changing demands of your app users and constantly changing technologies will make a dramatic difference in the popularity, lifecycle, and eventual success of your business app.