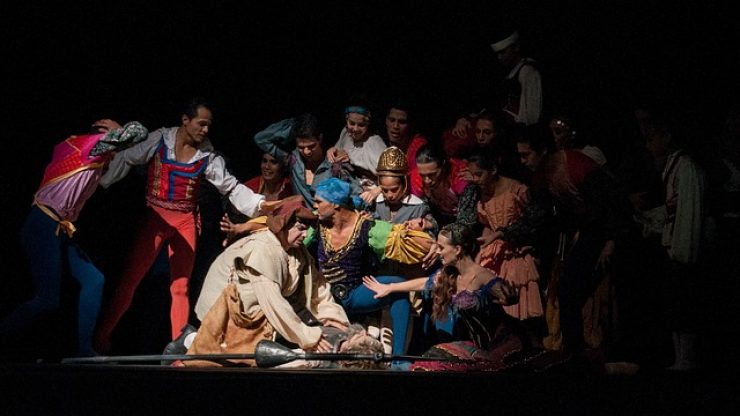 Actors – There’s an App for That

There are numerous phone apps that will make the actor’s life easier. An awareness of these tools can increase the efficiency of learning one’s craft as well as improving marketing efforts. This article spotlights what basic types of apps are available plus the benefits and caveats of using them.

An actor’s life is constantly on the move. With workshops, auditions, rehearsals, interviews, and photo shoots, staying in touch and being prepared demands new tools. Phone apps have made the actor’s life easier with readily available background information, learning programs, and job listings. When installed on your iPhone or Android, it’s possible to accomplish a multiple of tasks.

Let’s say you have an audition for a film or TV role. You can bring up credits on a director for which you are auditioning or a list of movies or clients represented by the casting director. Having this information readily available allows you to authenticate your auditors and having talking points that enliven the interview. The most prevalent database is IMDb. On the pro version, it’s possible to obtain contact information on these people for follow-up efforts.

Learning one’s lines or rehearsing without a partner is another task confronting actors. There are numerous rehearsal or teleprompter apps that allow you to learn your lines in multiple ways; visually, orally, or in peekaboo blackout mode. You can open your scripts directly from the email message in which you receive them or work with PDF and Word files you get off your computer. In most apps, you can record your lines and play them back, watching the script scroll by like a teleprompter and quickly fast rewind or fast forward to pick up lines simply by scrolling the script. In some apps, it’s possible to add beat marks to divide longer passages into manageable beats and depending on the device, create “notes in the margins” regarding choices, looks or gestures. On more expensive apps, voice talent can audition for voiceover work from anywhere and email in your auditions as MP3 files from anywhere to anyone. Such rehearsal apps make it possible to rehearse anywhere without a partner. Rehearsal 2 and Scene Partner are common apps in this category.

Some apps are informative, empowering, and educate those interested in pursuing a career in the film and television business. One of these is Actor Genie whose website lists resources for which to track what’s casting. These resources include audition and casting links such as Actors Access, LA Casting, and Backstage Magazine.

Keeping track of appointments, events, and everyday reminders in another task apps can do. With such an app, you can organize and keep track of auditions. You can also track meetings, workshops, networking opportunities, and more. AuditionCal and iPerform are similar apps in this category and can help restore order to a chaotic life.

If you live in LA, you have to deal with freeway congestion and limited parking. Sigalert App offers detailed freeway speed information along with reports on accidents, construction, and traffic jams. The app Polis Assist helps clarify difficult and confusing parking signage on a particular street. It will also alert you before your parking times expire, and automatically check you out at the end of your park so that you can avoid parking tickets.

There are, of course, a multitude of apps available for actors and this article covers the most basic needs. Locating more apps or finding where to download them is a problem in that most are only available for selected types of phones or their operating system. The three most common platforms are iPhone, Android, and Windows. Apple Store/iTunes handles almost all the apps for iPhone (iOS). Android apps are found mainly on Google Play. And Window apps are available at the Microsoft Store/Windows Phone Store. Amazon Appstore is an alternative application store for the Android operating system.

When determining which apps are best for you, Google the general category and look at the selection of apps available and their specifications. For instance, rehearsal or teleprompter apps is one category to assist with dialogue memorization. Audition appointment/organizer/calendar apps is another category used to schedule and remind you of events. There are also apps that inform, empower and educate those pursuing the business and craft/techniques of acting. Make comparisons, read reviews, and view when available, videos on their installation and operation. Be aware that certain apps are only available for certain operating systems, be it iOS or Android.

Prices, benefits, and terms are also considerations. Costs can vary from free to $0.99 up to $24.00. Benefits to consider are ease of operation, range of features, and relevance to your needs. Some free apps may require an upgrade at nominal cost. Most apps have no end date, yet a few might be on an automatic monthly or yearly renewal. This is an issue to watch closely.

Another issue, does the app need a connection to the internet to be operational or does it work independently within the phone. When you’re out of signal range, this can be an issue. The term “app” is a shorten term for “application software”. As such, mobile apps can be a significant security risk, because they transfer unprotected sensitive data to the Internet without knowledge and consent of the users. Data theft is not just the loss of confidential information, one can be vulnerable to cyber-attacks or blackmail. Malicious software can access a device’s SMS messages, browsing history, or voicemail password.

As far as security goes, Apple approves iOS apps through a strict vetting process before listing them in the App Store, while Google’s Android Market app security involves simply warning the user that an app needs permissions to perform certain functions during the install. To avoid trouble down the road, it is wise to avoid third-party providers and instead go with reputable outlets like App Store, Google Play and Microsoft Store.

When using apps or your phone in general, one can use a great number of minutes on your plan. One way to combat this problem is to seek out locations with a wi-fi connection. Places such as coffee shops, certain restaurants or your local library can fulfill this need. Also, look online for Creative Spaces which offer free wi-fi. An added benefit, using wi-fi usually results in faster transaction speeds. It’s also best to disable data-sucking apps you don’t use often as automatic updates can wreak havoc the data usage. Update only when connected to wi-fi.

This article covers some of the benefits of acting apps. However, there are also several caveats to using these apps. Foremost is the tendency to become obsessed with their features and therefore neglect its chief functions, to facilitate perfecting one’s craft and promoting one’s talents. So often, users become infatuated with the bells and whistles and forget these are tools, not toys. Another caveat, these apps tend to inhibit personal interaction and instead promote digital encounters. Acting is face to face occupation, whether in networking, job seeking or performance. While apps can make this transition easier, they should never replace it. And lastly are the safety issues. Keep your mind and eyes on the task at hand, whether you are entering an elevator, crossing the street, or driving to your next audition. There’s an app for that. It’s called turning off your phone.

Mobile Apps: A Growing Trend in the Industry