The division pc game; is a computer game based on a story about a US government-sponsored organization trying to control the devastation caused by a virus released by a terrorist group in New York City.

This is a third-person shooting game. 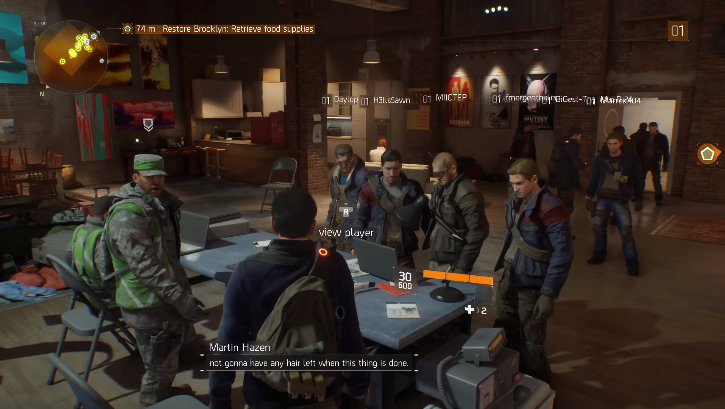 Story of The division pc game

The virus is released one Christmas season. It spreads through banknotes. This time of year is chosen because of the high level of money transfer during the festive season. This virus, which is planned and spread by terrorists, has deadly consequences. People who get sick of it start to die.

From time to time, the life of the people in the city is deteriorating and a very dangerous situation is being created.

Declaring a state of emergency; the US president called on the division to work to prevent the city from becoming infected and the virus spreading.

The division is a secret organization operating under the US government. It has been set up to ensure the security of the country and its people by operating covertly in times of national security threats.

How you can play this game

In this computer game; the player must act as a representative of The division. Here we have to operate under three main sections. These include health, safety, and technology. The computer player must cover all aspects of each of these missions and work to protect and restore New York City. One section offers operations computer games. When commanded to perform an operation, the computer game provides the necessary information.

Here I also have to seek the advice of experts involved in the field in each operation. They must then select the weapons and equipment they need for the mission. In addition, they need to obtain other information such as maps and engage in the mission they have received.

All of my operations must be done quickly and intelligently. In order to save human lives and restore the city; the terrorist groups involved and those who support them must be found and destroyed. Also, the full responsibility of the city rests with the computer player who plays as a representative of the division organization; so they must protect themselves at all times. Under no circumstances should you wear protective clothing, gas masks, etc. that are not affected by the virus.

Design of the game

The graphic design of this computer game is highly advanced.

Also the buildings and streets of New York City today; It is said to have been created here in the same way.

More information and videos about the game can be found at https://www.ubisoft.com/en-gb/game/the-division/the-division-2

Read more about; What is CCleaner?