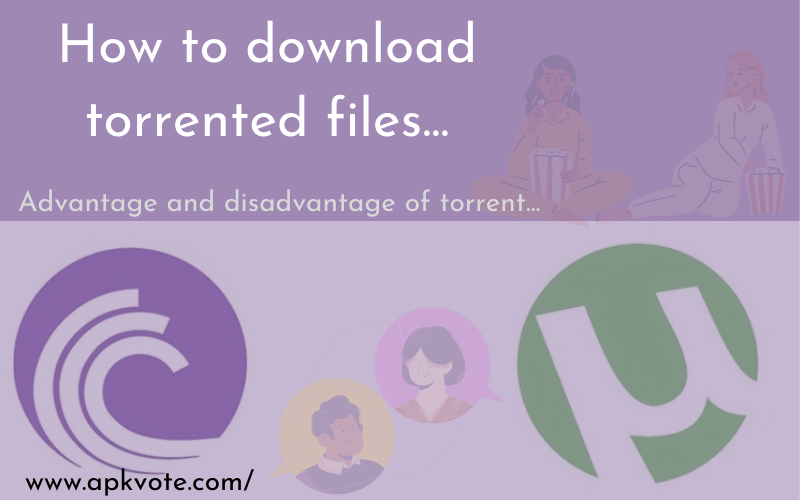 What is peers and seeds in torrents?

There are advantages as well as disadvantages of downloading a program, media file or other files as a torrent file. The advantage is that the file can be downloaded without any border restrictions and without revealing what is in the file. Also, this is a very easy and simple method to use.

Downloading torrents is a bad thing because they may contain computer programs, movies, albums, etc. that have been obtained in violation of intellectual property laws. Therefore, it is necessary to select and download torrent files that are legally relevant and ethically appropriate.

BitTorrent peer-to-peer (P2P) protocol finds users with files other users want and then downloads pieces of the files from those users simultaneously. Consequently, transmission rates are faster than with http and ftp, which both download files sequentially from only one source.

In 2005, estimates indicated BitTorrent accounted for about 35 percent of all internet traffic. After spiking in early 2008, BitTorrent’s popularity gradually declined as internet speeds increased.

During the same time frame, streaming services like Netflix, Hulu, and Amazon Prime dominated the market with low-cost downloads. As a result, BitTorrent’s 10 percent share of all download traffic in North America in 2010 dropped to 3 percent by 2015.

Use appropriate vires guard to avoid from viruses

The computer that downloads the torrent file must have a virus guard with proper updating. Almost all virus guards available today are automatically updated through the Internet. You can disable this update feature, but you should not do it if you download a torrent file.

You do not need to buy a virus guard program to do this. It is sufficient to use the free antivirus program provided by Microsoft company with windows operating systems, including Windows 10. To customize this, type Windows Security in the Windows 10 search box. Then you need to open the Windows Security app that appears. You have to enable all security options.

When you participate in P2P file-sharing, your IP address is public, which means both your ISP and cybercriminals can trace your activities back to you. If your ISP notices you’re using torrenting sites, it has the right to restrict your bandwidth or cap your internet speeds. As for hackers, they’re known to use unconcealed IP addresses to gain access to your device. By using a VPN, you mask your real IP address with a temporary one in a different location. As a result, you’ll remain completely anonymous while torrenting.

A VPN will also help you access torrenting sites that are blocked in your country. Simply connect to a server in a location where torrenting is condoned, like Switzerland or the Netherlands, and browse through even the most current torrents.

When downloading torrent files, your IP address can be exposed to many people. It is a good idea to have a firewall enabled on your computer to avoid this potential risk. The best way is to enable the Windows Firewall utility on Windows operating systems.

Look for torrents with lots of seeders

If a torrent file contains a virus or other malware, no one will keep it on their computer. That is, it does not have many seeds. On the other hand, having a file as a seed does not mean that it stays on a computer for a short time. That it has been shared for a long time. That is, if there is a virus, it is more likely to be detected. So if you have torrent files that do not have many seeders or only peers and leechers, it is a good idea to avoid downloading them.

If a torrent has been downloading for days, then the time with the highest number of seeders can be identified. Then the download should start at that time. If a torrent file does not continue to display its pre-existing active seeders or decreases the number of seeders, it is a bad thing. That is, the torrent file is unhealthy, showing viruses or other errors. It should be immediately removed from the torrent program as well as the already downloaded file from the computer. Also, you need to run the virus guard program and scan the computer completely.

Check the comments before downloading

You can comment about torrent on the page where you can download the torrent found by torrent search engines. Here are some other comments made about the torrent. You can check these to get an idea of whether the torrent is a good one to download.

Usually, those who create and add a virus-infected torrent file, create automated programs to integrity to others about the torrent file. They say different good things in the torrent file according to a certain time frame. Therefore, it is necessary to check the dates on which the comments have been made. If there is any pattern in them, those comments are not made by real people. So do not download such torrent.

Just as comments made by real people are posted at random times, so are replies and conversations written in response to them. That is, real people, criticize the merits and demerits of this torrent file. After reading them, you can come to an assessment as to whether this torrent is a good one that has been downloaded by many people for a long time.

Read more about; How to use Mp3tag

Mobile Apps: A Growing Trend in the Industry