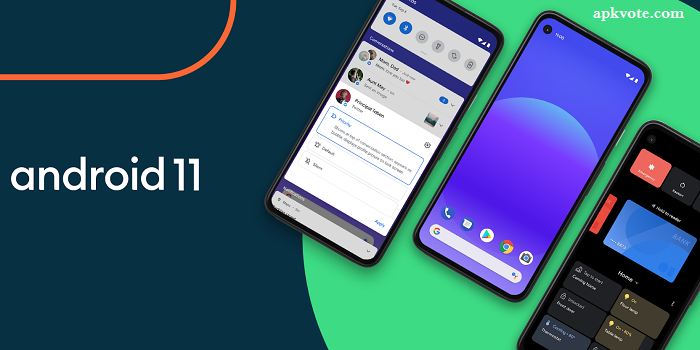 The 11th major edition of the Android mobile operating system was released to the public on September 08. Previously, to name the Android operating system, various desserts were used in English alphabetical order, but in the last version of Android, the tradition was abandoned. Accordingly, we know that the now older version of Android, which was released to the public on September 3 last year, has been named Android 10. Additionally, the new android version now available is called android 11 (www.android.com).

Generally; Almost every year, a stable android operating system is released, followed by a series of quarterly software developers (developer preview/ beta versions) and a series of incomplete releases to the general people.

The edition will then be presented to the public at the Google Software Development Conference (events.google.com/io), where Google unveils its design. Due to the Covid epidemic, the conference was held online this time, and due to the social unrest caused by the death of George Floyd, a black man in the United States, the public release of the Android 11 operating system was delayed. Accordingly, the first trial version was released on June 10, the second on July 08, another intermediate version (Beta 2.5) on July 22, and the third beta version on August 6.

What are the new features coming on Android 11?

Android 11 has just been released as the latest version to detect and fix bugs in various new applications released in beta versions. As before, the Android 11 version has been released by adding a number of features to the previous Android 10 version. Here are some of the ones I found to be interesting:

The update of the Android 11 operating system has been prioritized to facilitate communication. Chat bubbles is another similar application. In the Facebook Messenger service, we know that all conversations are displayed in a ‘bubble’. But now in android 11, you can get a chat bubble for whatever app you are used to chit-chat.

Although there are various apps to record activity on the screen, Android 11 has a screen recorder feature that can be used instead of all of them. Commands can be set here in advance as to whether the voice, as well as the work on the screen, should be recorded or not.

We know that the music player app in the android 10 version is displayed at the top of the notification drawer. But in android 11, the app drawer is reserved for dialogs, so media controls have been added to the quick settings as an app. When you enter the notification drawer, the media controller displays the small app icon. You can go through it and work with Media Control in detail.

The Android 11 operating system now supports smart home devices that can be controlled by an app, now used at home. There, even if the app is running on the smartphone, all the buttons needed to work, such as turning on the light bulbs, opening the door locks, activating security cameras, etc. are displayed in one place. These buttons appear when the power button on the smartphone is pressed and held for a while.

Dark themes are the ones that darken every screen on the smartphone, such as apps, calendars, photos, etc., instead of the bright parts. Instead of selecting this dork theme feature for the app, the Android 11 operating system provides the ability to pre-plan and activate it at any time of the day.

The Android 10 operating system has the ability to activate the phone with its voice commands, but the commands had to be given in a specific voice command. For example, if the Twitter app needs to be activated, pronounce it ‘Tap 4’. But now in Android 11, you can use common terms like ‘Open Twitter’ and so on.

How can I install Android 11 Preview?

How do I install Android 11 on mobile?

You must wait for the update notification to arrive on your Android device in order to install the latest android version 11 safely.

Initially, the google nexus and google pixel phones will receive the Android 11 version update. For other phone models, the update will come later. That’s because phone manufacturers need to develop the latest version of Android to fit their phone models. If Android version 11 has been released for your phone model and it is not updated automatically, you can go to Android> System> Advanced> System Update and update it.

Mailbird Review 2020; How to use Mailbird